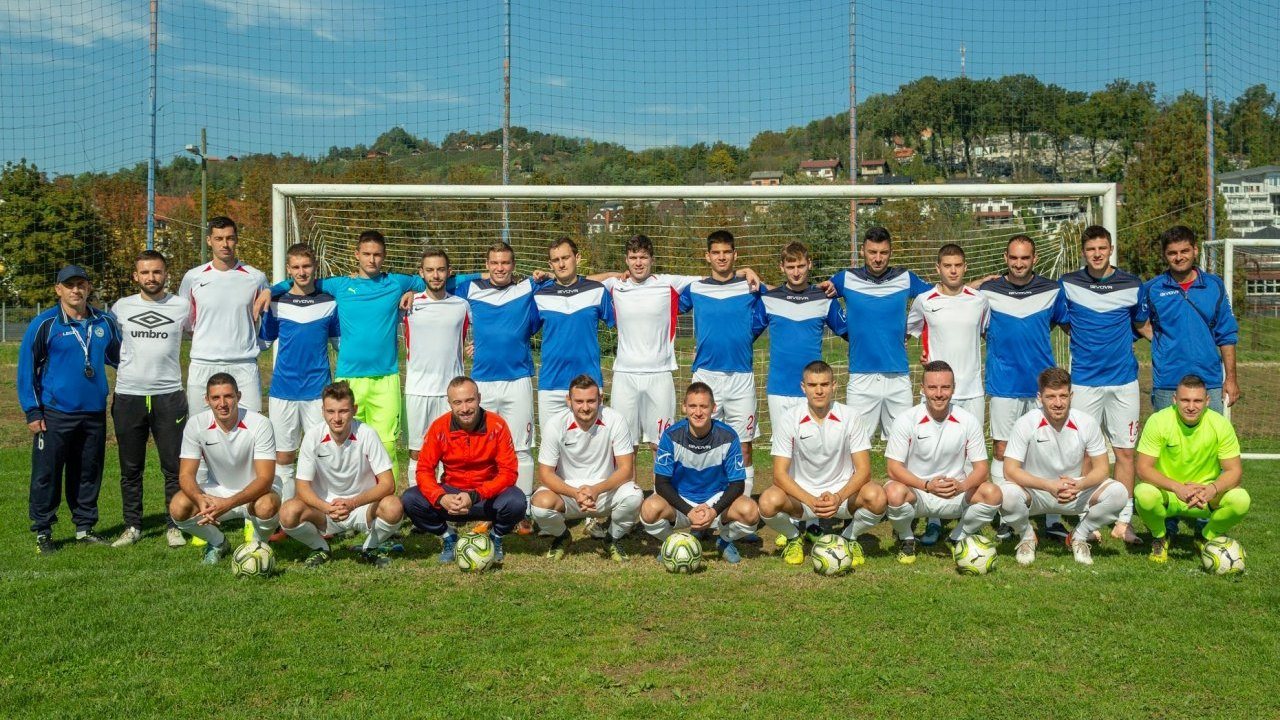 Football team of Serbs from Croatia

Football team of Serbs from Croatia

“Serbs in Croatia” represents the minority of the serbian speakers in Croatia. The creation of Serb identity-entity in Croatia is the result of ethnic and national integration and territorial processes of both Croats and Serbs. Despite the fact than the ethnic name of Serbs appeared on the territories of Croatia very early, it is the Serbs’ migrations throughout the 15th and 18th centuries which established the Serb community in Croatia. Although the Serbs’ identity and interests were disputed, Serbian ethnos, at that time without state structure, was preserved by powerful language and religious unity, as well as by constantly growing importance of Church and social role of Serbs in rural and military circles of Ottoman and Austro-Hungarian Empires.

The migrations played an important social-political role in defensive plans of European Christian rulers’ against the Ottoman invasion. The first migration group arrived in Žumberak. In 1593, Ferdinand I of Habsburg granted them limited privileges for their military roles. Statute Valachorum (Vlach Statute), a document issued in 1630 by Ferdinand II, granted to the Serbs significant privileges on the territories between the rivers of Sava and Drava. This meant that each village belonging to the military captaincies of Križevci, Koprivnica and Ivanić had, on St. George’s Day, a right to elect their village rector respectively. Also, within the captaincy, Serbs had the right to elect High Justice and eight judges who presided over court proceedings on that territory.

The 17th century was marked by the fight of the newly arrived population to establish its religious freedom and independent church organization. This fight, particularly against the Church Unification, left a permanent imprint in the mind and the mentality of Serbs in Krajina (Military Border). The religious identity was the basic cohesive and dynamic factor of Serbian survival at that time. Without their own state and in times when the idea of modern nationalism was nonexistent, the behavior of the first episcopes, Simeon Vretanijski and his successors who recognized both Patriarch of Pech and Archbishop of Zagreb, is perceived as legitimate. That bitter, almost a century long battle for the souls of Orthodox Serbs in the Military Border was reflected in the fate of Marča Monastery and finalized by the arrival of Arsenije Čarnojević after Great Serb Migration and the work of the first episcope of Upper Karlovac, Arsenije Ljubojević. Orthodox Church clergy, distinguished citizens and villagers defended the survival of the Orthodox Christian religion. Emperor Leopold I granted the Serbs national and religious freedom and financial privileges (exemption from 10 percent tax imposed by the Catholic Church). Dalmatian Serbs, by electing Nikodim Busović as Stratonic Episcope, left the Dabrobosnian Metropolinate.

The biggest institutional achievements of the Serbs in Croatia, in the 18th and the 19th century, were the autonomous public-church Assembly Gatherings. The first Assembly was held in Krušedol in 1707 when Isaija Đakovic was elected Metropolitan and the ruling of Gornji Karlovci came under the jurisprudence of the Metropolinate. In the chronology of the most important Gatherings is the 18th or May Assembly in 1848, held in Karlovci, when Metropolitan Rajačić was proclaimed the Patriarch and Stefan Šupljikac, a highly positioned military ranking officer in the Ogulin regiment, was given a title Serb Duke (Voivode). It is also important to mention the 19th Gathering held in 1861 when just abolished Serb Vojvodina (Voivodship of Serbia) was the subject of discussion. The crucial change in the structure of Gatherings was made by Hungarian Assembly in 1868 which passed an act which Article 9 stipulates that Serbian public-church assembly gathering is to be formed by metropolitans, 25 clergy and 50 civil emissaries, who are democratically elected, with 25 members coming from Krajina.

The Karlovac Metropolitanate with its Gatherings represented the social, cultural and political autonomy of the Serbs who lived “between two rivers”, for more than three centuries. Towards the end of its activity the Metropolitanate included Bukovinsko-Dalmatian Eparchy thus bringing Dalmatian Serbs under one common roof.

The first educational and cultural attempts are also connected to the Serbian Orthodox Church. Therefore, Orthodox Theological School was founded in Krka in 1614 and in Karlovac in 1794. In 1783, the Orthodox Theological School (so called kliričeska škola) was opened in Pakrac. At that time, Dositej Obradović visited Croatia in his endeavors to spread education amongst the Serbs. Autonomous religious schools were often opened but soon closed. Teaching School for Women opened in Karlovac in 1865 and Teaching school for Men in Pakrac in 1894. The two schools represented a huge success of the Karlovac Metropolinate.

Throughout the 18th century two issues prevailed which affected the Serb’s faith in the Austro-Hungarian Empire: Russian-Austrian relationship and the reforms carried out by the Empress Maria-Theresa. Furthermore, in the 19th century Serbs tackled the rural reform. After 1848, political life was intensified especially after the grouping of the Serb political elite in the Triune Kingdom and after the demilitarization of Krajina (Military Border) and its unification with Dalmatia and Slavonia in 1871. As the Croats expressed their plans and ideas as part of their social development within the Empire, there was a need for the Serbs to do the same. At the end of the 19th century Serbian citizens’ initiatives were formed in Croatia. The main political groups supported Count Khuen Hedervary and by doing so ensured a strong national position within the Empire but it did antagonize their relationship with Croats. At the same time, opposition parties were formed: Serbs People’s Independent Party Srpska narodna samostalna stranka, Serbs People’s Radical party Srpska narodna radikalna and in Dalmatia, Serbian Party. Also, prominent newspapers were published: Srpski list, Srbobran and Dubrovnik. Serbian Bank was founded as a strong national and finance institution. Furthermore, Privrednik, association which provided trade and merchant schooling to young Serbs, was established. Serbian agricultural cooperatives united and many charities founded by Serbian women existed. However, the fight of the forces loyal to the Empire and those in favor of the independence did leave its trail within the Serb community.

In the 20th century Pribićević bothers as leaders of new political generation participated in the founding of Croat-Serb Coalition which won in 1906 parliamentary elections. The coalition was the starting point of all joint Croatian-Serbian political activities in the last century.

After the unification in 1918 the main Serb political force participated in foundation of Democratic Party led by the pan-Yugoslavian idea. In 1924 Svetozar Pribićević founded the Independent Democratic Party and in 1927 it entered into coalition with the Croatian Peasants Party and its founder Stjepan Radić.

Young and educated Krajina Serbs were greatly influenced by communist ideas and movements since Croatian-Serbian educational and social policies entered Serbian villages. Therefore, when Ustashas appeared on the political scene, partisans’ uprising was to be expected.

The great number of Serbian victims in Croatia in the Second World War and political proceedings regarding independent national personas marked the turning point of Serbian tragedy. Only the Serb Cultural Association Prosvjeta survived in the post war period and it helped sustaining national identity despite severe circumstances. Prosvjeta continued with its activities up to Croatian Spring and Declaration on the Status and Name of Croatian language.

For Serbs in Croatia, the twentieth century represents the times of victories and crushing defeats. However, even after the august of 1995, the Serbs in Croatia continued to follow and work on the century long political principles of the preservation of their national identity, social protection of the rural areas populated by the Serbs, work on the joint Croatian-Serbian policies, and advocacy of regional development. Not to mention that the former would be impossible without the help of the EU factors and their power base. Actually lives only 200.000 serbian speakers in Croatia. 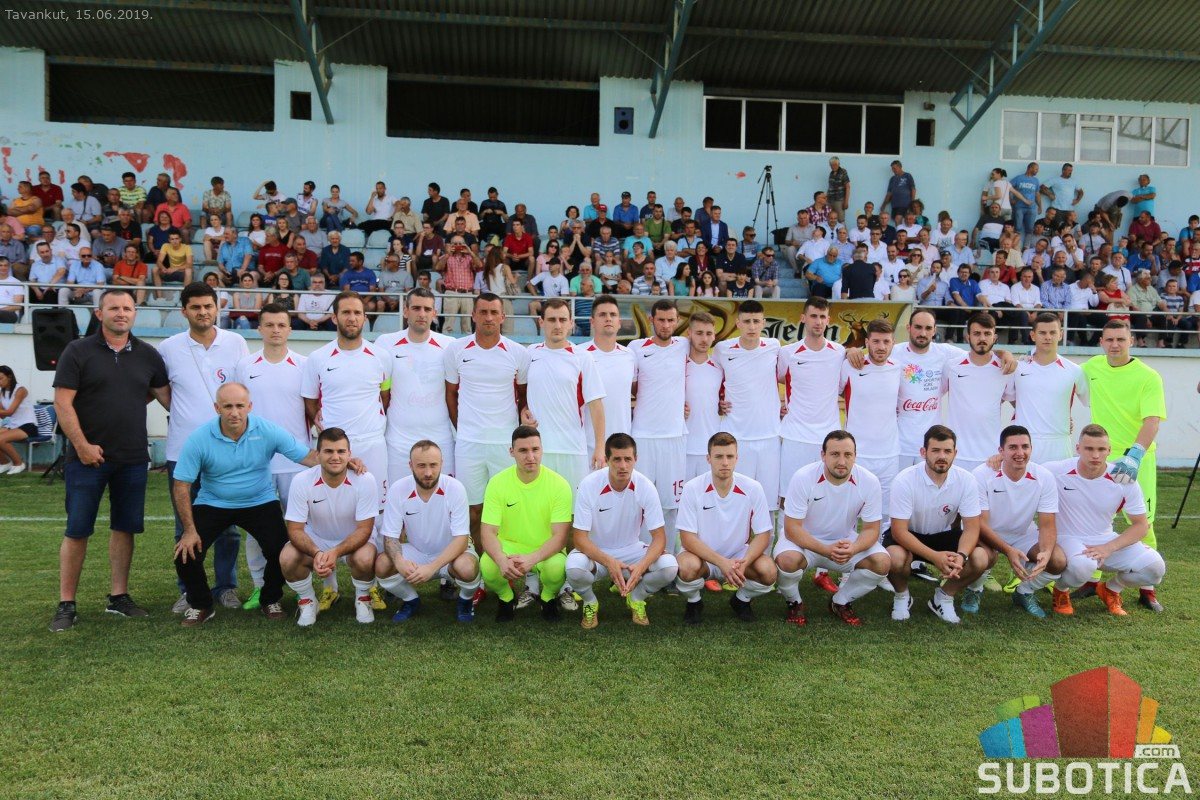 Serbs in Croatia at Europeada

The selection of the Serbs in Croatia will aftre the EUROPEADA of 2016 participate the second time.

Greetings & a short introduction of the Serbs of Croatia